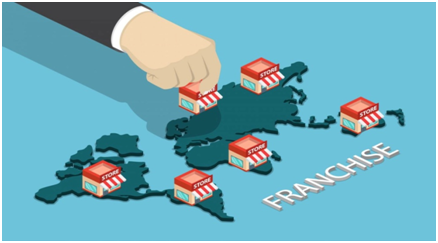 Here’s the story of one person who made the decision to buy her own franchise and leave the 9-5.

About the Brewing Industry

Americans have spent $27.6 billion in craft beer in 2018. This was an increase of seven percent since 2017. Craft brewing has grown steadily as an industry since 2012.

Craft breweries have a 24.2% share of the $114.2 billion beer market and it continues to grow.

The Voodoo brewing company is an emerging  franchise that is becoming one of the most popular in the franchise industry.

The franchise encourages franchisees that have a unique skill set and have the intangibles such as persistence and a great work ethic.

Voodoo Brewing Co has been focused on crafting  beers since 2005. Not only are their beers unique, but they serve them all along with eclectic pub food in an unconventional atmosphere that respects those in flip-flops over suits. The company has been ranked as a top 50 brewery internationally.

Why did Sarah choose Voodoo Brewing?

Like any great franchisee Sarah did some research on the Voodoo Brewing company franchise. She was interested in franchises that fueled her passions and fit her lifestyle.

2.The franchise was one that aligned with all of her interests. She liked how the company was founded and had ideas on how she could add value.

4. Finally, she did not need to have experience in brewing beer because the Voodoo crafts all the beer and delivers it to their owners.

Sarah is just one example of going from employee to entrepreneur.

She also proves that you can go from a probation officer to owning a successful franchise most importantly.

Secondly, she did her research and made sure she  had all the boxes checked that she felt had importance.

Are you the next franchise success story?  Leave us a comment below!